Premier League restart: The next steps and challenges before football returns

Premier League clubs met on Monday to discuss a potential return to action.

There was a push for fixtures to be completed at home and away venues, a vote of agreement on how out of contract and loan players could be offered new deals beyond June, and discussions about testing and how that could lead to a return to group training.

Although some players have concerns about returning to training in tightly-controlled circumstances, the majority of Premier League players want to start training and playing again.

Players and managers will discuss the proposals in a meeting with the Premier League and health experts on Wednesday.

The proposals - compiled with chief medical officers - contain guidance about testing and monitoring players and staff for coronavirus, keeping the working environment as safe as possible and protecting all players and club employees at all times.

If all those parties are in agreement - players, managers, clubs, the Premier League - then those proposals will then need to be approved by the government and Public Health England.

Central government policy has the only and final say on approval and culture secretary Oliver Dowden will be meeting with the Premier League, FA and EFL on Thursday to discuss those plans.

If we can get a plan that works, then I would like us to be able to go ahead with it because I think it will be good for the nation, it would be good for football as a whole, Dowden told BBC Radio 4 last week.

I`m really hopeful we can get this up and running but public safety must come first, so it is only if we are confident of that that we will be able to proceed.

Before that meeting, a document is expected to be published outlining proposals from a cross-sport medical working group about `Elite sport return to training` - this is the roadmap for how sport will look as it returns to training.

The cross-sport working group - which includes the best medics working in sport - were tasked with outlining plans for a) return to training b) return to play. The document gets sent to central government for approval, only then if they`re happy does it get the green light.

Whatever football says or does if their return to training medical protocols do not adhere to the overall guidance then they`ll get shut down as will any other sport that veers off course.

What is the timescale for return to group training?

If the Premier League plans are given the green light by the government, non-contact training sessions in small groups could resume.

When asked on Monday whether that group training could start from Monday, May 18, Richard Masters, the Premier League chief executive, said It is possible, yes.

Before getting back out onto the field, Premier League players will be required to provide written confirmation that they agree to their club`s new safety measures, Sky Sports News has confirmed.

Clubs are also required to conduct an occupational health risk assessment by Friday, May 15 and make results available to the Premier League on request. Each club must also appoint a `Designated Covid-19 Officer`, who cannot be a member of their medical staff.

So, how long would clubs need to be training for before season could restart?

There has been no Premier League football since March 9, so it would be unrealistic to expect players to go straight back into matches without a significant period of training. A mini pre-season.

German clubs returned to training, without contact, on April 6 and are set to resume their season this weekend. So, from a fitness perspective, the Premier League could restart around a month after training has begun again.

What would that mean for a Premier League restart date?

A four-week allowance from May 18 for training would bring us through to the week of June 15.

That means the previously suggested June 12 restart date would come too soon.

With the government outlining that professional sport could return behind closed doors from June 1, if the fight against the coronavirus pandemic continues as hoped, the Premier League could then be targeting a comeback in that week.

Are there any deadlines for a restart? What about UEFA competitions?

Masters was adamant on Monday that the Premier League and clubs were not working to a set deadline. Instead the priority is to work through the issues to map out a clear path for football`s return.

UEFA has asked all of its member associations to outline restart proposals by May 25. And UEFA will announce their plans for the completion of the Champions League and Europa League on May 27.

Neutral venues vs home and away games

Following Monday`s meeting, the Premier League says the preference is for all clubs to be able to play home and away if the competition resumes next month.

There has been opposition from a number of clubs over the previous preference to play matches at eight to 10 neutral venues.

The head of the UK football police unit, deputy chief constable Mark Roberts says it is his preference for neutral venues to be considered.

After meeting between representatives from the police, football and the government on Monday, he said: We will be jointly exploring a range of options to identify a way forward, which minimises any risks to public safety and unnecessary pressure on public services, but facilitates a sensible restart to the season, to support the economic and morale benefits associated with the sport.

Clearly, if clubs want to push for matches to be played at regular home grounds, they will have to find an agreement and way of working with the police which satisfies the authorities in terms of how they regulate matchdays behind closed doors. How long those discussions would take remains to be seen.

Why were clubs against neutral venues?

If the Premier League season resumes, the outcome of the final fixtures will transform clubs` finances for seasons to come.

While Liverpool would be all-but assured of the title, the race for Champions League qualification and the fight to avoid relegation are far from certain.

The impact on clubs who do or don`t succeed in those battles will only be reinforced by the financial constraints expected to be felt across the football industry in the wake of the coronavirus pandemic.

So, unsurprisingly, clubs are keen to defend their corner. To explore every avenue to complete the season in the fairest fashion - and without giving away an advantage to their rivals.

That`s because playing at home makes a difference. A Sky Sports study highlighted that Premier League teams are over 14 per cent more likely to win at home than away. But even with no fans present, familiarity with your surroundings, reduced travel time and the psychological edge of playing on your own patch makes a difference.

A small sample size of behind-closed-doors games in that Sky Sports study suggested home territory can be even more important when no fans are in attendance.

What are the concerns around home and away games?

On the other hand, home and away games bring complications.

Players, coaches and staff will have to travel around the country for away games at a time when the government are asking people to limit their movement as much as possible. Plans for the hospitality sector to reopen are sketched out for July, so where would players and staff stay on long trips in June?

A greater number of police, security, medics and matchday support staff will be required for games to take place at 20 different stadiums than a selected number of neutral venues.

There is also a risk home fans could gather outside of stadiums to see their players arrive, leave and to cheer them on from a distance during matches - even if they are asked to stay away. That would increase the demands on the police and security at the stadium and risk breaking social distancing measures.

On the other hand - neutral venues would see both teams required to travel for each game, while home players in Germany are expected to travel in their own cars to stadiums to reduce contact.

How many people would need to be on site for a Premier League game?

In Germany, Bundesliga chief executive Christian Seifert has suggested games will need around 240 people present, from players to production staff.

England`s behind-closed-doors Nations League clash with Croatia in October 2018 saw around 500 people present, though that included around 200 executive ticket holders, officials and guests, with no reduction in media.

Will teams be relegated?

While there have been reports of clubs looking for relegation to be taken off the table when the season resumes, Masters has insisted no club asked for the Premier League to scrap relegation at Monday`s meeting.

If the season plays out, no-one has suggested, or talked about, relegation not being in play, Masters said.

What are the chances of the season NOT restarting?

For the first time curtailment was discussed by Premier League clubs in Monday`s meeting. However, Masters insisted that the priority of clubs remains to finish the season.

The discussions about curtailment are contingency planning, he said. All the discussions are about completing the season but it is prudent to have a look at what might happen in alternative scenarios. Those conversations are confidential.

If the season is curtailed, what are the alternatives?

One proposal to decide placings if the curtailment was required, would be to use a points-per-game system. That could see Bournemouth, Aston Villa and Norwich relegated.

Discussing that option on The Football Show on Tuesday, Sky Sports pundit Gary Neville was against the idea.

I think on the points-per-game basis, to be relegated with nine games to go, with so much to play for, so tight at the bottom and with so much at stake, it doesn`t feel right to me personally, he said.

It`s devastating going down at any time, but without even having the opportunity to defend yourself and play football matches would be too much.

As for null and voiding the season, FA chairman Greg Clarke has revealed English football`s governing body would not sanction the null and void of the 2019/20 Premier League season, effectively guaranteeing promotion and relegation and that the title would be won. 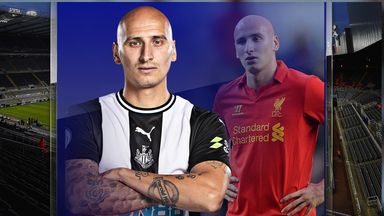 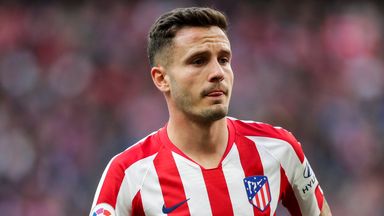 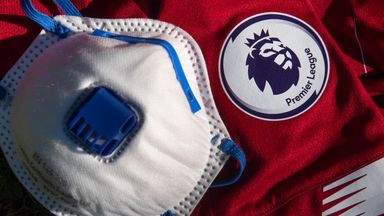 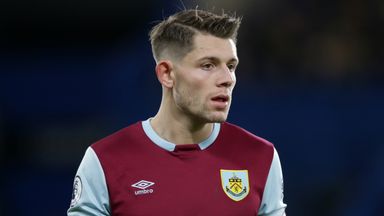 Tarkowski in favour of season restart 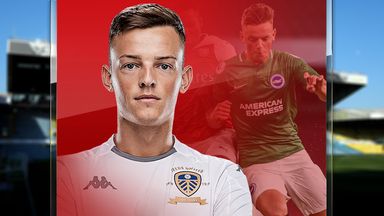 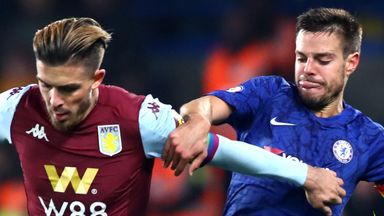 Souness: Turn your face when tackled? It's daft!
Back to news list