The Premier League is not working to any specific time frame over the proposed takeover at Newcastle United, the league`s chief executive Richard Masters has told Sky Sports News.

But Masters says nothing should be read into the time taken for a decision to be reached, insisting the Premier League is simply examining the detail of the proposal.

I don`t think timing is an issue here, he told Sky Sports News.

I don`t think that we have any specific views about when these things need to be done by.

What we need to ensure is that all the processes are followed properly and when the decision is made, it`s the right one.

Masters, who was speaking to Sky Sports News the day after the Premier League announced its intention to resume on June 17, refused to be drawn on any discussions that are being had about the proposed takeover.

Masters could not confirm whether a decision has been made or whether the takeover is in doubt. I can`t go into any details about it, he added.

Bruce `would love to be part` of new era

Newcastle have been linked with moves for a number of high-profile players in the weeks since Ashley agreed to sell the club, with a growing expectation the club will challenge for a Champions League place in coming seasons if the takeover goes ahead.

Former Tottenham boss Mauricio Pochettino is also said to be a target for the club`s prospective new owners. Current manager Steve Bruce hopes the takeover gets the green light from the Premier League and hopes he will be given an opportunity to try and fulfil the new owners` ambitions.

If it`s good for Newcastle, and the club are going to try to compete with these teams, (the likes of Liverpool and Manchester City), to be part of it would be great, Bruce told Sky Sports News.

I would love to see it and I`d love to be part of it. I hope it`s where it goes, but in the meantime I`ll just crack on, wait, roll my sleeves up, and get on with trying to get some results to try and get the club going forward.

If that happens for Newcastle in the future, then great - I`d be delighted. Rodgers confirms he had coronavirus 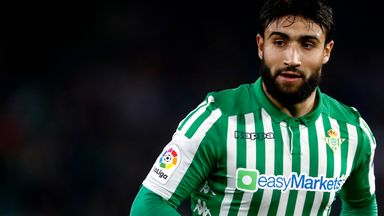 Scottish Premiership clubs back training in June
Back to news list