Liverpool manager Jurgen Klopp has described Bundesliga stars Timo Werner and Kai Havertz as great players, despite seemingly missing out on the opportunity to sign either of them this summer.

RB Leipzig striker Werner had been heavily linked with a move to Anfield, but Chelsea are now close to signing the Germany forward - although Leipzig`s managing director has denied a deal has been completed.

And Bayer Leverkusen midfielder Havertz - another rising international star of interest to the Reds - is a target for Bayern Munich, with reports in Germany suggesting that will be his next destination.

Klopp confirmed his admiration for both of his compatriots, but explained that uncertainty caused by the coronavirus pandemic complicated any hopes Liverpool had of signing them.

Right time, opportunity - everything has to come together. Six, seven weeks ago, we didn`t know if we could play again this year. If we hadn`t played the second half of the season, we would have thought, `OK, when can you really play football again?` And now it starts right away.

We act as if everything is already settled. It`s not settled. We use this little loophole we`ve been left to play football again. Everything else we have to see the moment it happens. We can`t pretend now that everything`s going to be fine in the future.

`Timo Werner is in the driving seat`

RB Leipzig managing director Oliver Mintzlaff says Werner`s release clause has not yet been triggered, but insists the forward is in the driving seat for a potential move.

Werner played the full 90 minutes on Saturday in a 1-1 draw with bottom side Paderborn, which kept Leipzig occupying the third of four Bundesliga Champions League qualification places.

We`re concentrating on the final games in the league. We want to qualify for the Champions League. That`s the only thing we are discussing with Timo right now, Mintzlaff told Sky Germany.

It was important for us to extend the contract with him. We did that last summer, because it`s important for our young club that no player leaves for free.

Of course there is this exit clause, which we put in the contract to give him the opportunity to take the next step. Now Timo Werner is in the driver`s seat, not us. Until now, neither Werner has pulled the clause, nor has any club sent us a transfer contract.

Asked specifically about a move to Chelsea, Mintzlaff responded: No, we haven`t had an exchange with Chelsea yet. So we have nothing to report. Timo Werner is a player of RB Leipzig. He has signaled a few weeks ago that he is working on a transfer. But so far, there`s no closed deal yet.

If Timo Werner would change, then we are sure that we can find a solution with the new club, that he can play the Bundesliga season with us to the end, whenever that is. With the Champions League, we can`t discuss it until we know when the Champions League will take place. That won`t be decided until mid-June.

Klopp appeared to suggest that Liverpool are unwilling to lay out major transfer fees in the current economic climate, and that it would be contradictory to do so while potentially having to ask players to take reduced wages.

It`s rather quiet here (at Liverpool) at the moment, I think it`s safe to say. If you want to take it seriously and run a normal business and depend on income and have no idea how much you will earn... especially because we don`t know when we can start playing with spectators again.

At the moment, all clubs are losing money. Without spectators, we have to pay back the season tickets and probably sell none next year. At least maybe without the first 10 or 15 games. The VIP areas won`t be packed and the tickets won`t be sold. This will have an impact on other partners and things will look a bit different.

Discussing with the players about things like salary waivers and on the other hand buying a player for £50-60m, we have to explain. 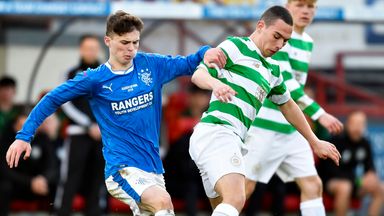 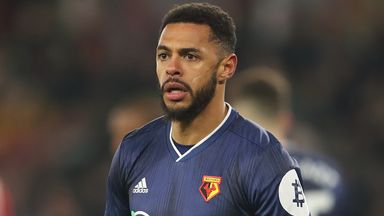 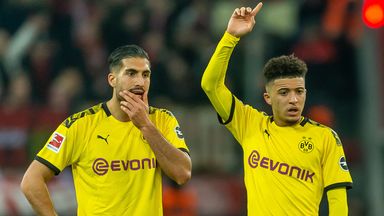 Can: Sancho needs to grow up
Back to news list