A minute`s silence will be held ahead of all Premier League first round matches to recognise those who have lost their lives to coronavirus and the role played by NHS frontline staff during the pandemic.

Logos are being considered, but no detail has been finalised, for both NHS and the Black Lives Matter logos that are set to be displayed on the shirts of players when the Premier League returns.

The Premier League indicated last week they would support players who take a knee as a public show of support for the Black Lives Matter movement.

Premier League matchday protocols on player health and safety have been unanimously approved by all 20 clubs, clearing the final hurdle ahead of the season resuming on June 17.

The protocols for the third stage of Project Restart - following socially-distanced training and full contact training - were agreed at the latest league`s shareholders` meeting on Thursday.

They cover every aspect of on-pitch conduct and operations within stadia, with a strictly limited number of personnel permitted inside and outside the venue.

Total numbers at grounds on matchday, including broadcast staff, written media, commentators, doping officials and scouts, are set to total 300.

The Premier League has wanted to cut essential staff present at grounds on matchday to just 37 `Red Zone` pass holders per team, including 20 players, 12 coaching and medical staff and a further five essential staff.

The season - suspended since March 13 - is due to restart next Wednesday, with Aston Villa hosting Sheffield United and Arsenal`s visit to face reigning champions Manchester City, with both games live exclusively on Sky Sports.

As it stands the only game which could be played at a neutral venue in the first three full rounds of fixtures is Manchester City`s match against league leaders Liverpool on July 2.

Manchester City Council`s safety advisory group must meet to make a decision regarding that fixture.

On Wednesday, Liverpool City Council`s Ground Safety Advisory Group gave the go-ahead for Goodison Park and Anfield to stage matches for the remainder of the 2019-20 season.

At a meeting, possibly the last one before football returns, a range of medical, hygiene and operational guidelines were discussed and approved.

As is the case at training grounds, there will be strict procedures in place on matchdays with stadia divided into zones - Red, Amber and Green. In total approximately 300 people will be allowed at a stadium on a matchday, 37 `Red Zone` pass holders per team, including 20 players, 12 coaching and medical staff and a further five `essential staff.

Staff not needed pitch-side, such as analysts will be allowed in the amber zone, with all others in the green zone. Total numbers at the match include broadcast staff, written media, commentators and doping officials.

Rigorous hygiene measures will be in place with balls, corner flags, goalposts and subs boards being disinfected along with common sense social distancing measures.

Showers and wet areas must be used in line with strict Government guidelines although some venues may opt to not provide shower facilities.

The medical protocols also guide how teams will travel to and from grounds. Air travel is permitted and rather than the traditional team coach, clubs are expected to use at least three coaches, with players sitting two metres apart, driven by drivers who have all been tested for COVID-19 in recent days.

One Premier League club has told Sky Sports News that at least six of their staff will have to drive themselves to their first fixture, all in separate cars - despite having all tested negative for the virus. Travel arrangements will also be affected by last week`s decision to allow nine rather than the usual seven substitutes in their matchday squads.

Two drink breaks, a minute per half will be also be introduced in efforts to reduce fatigue and potential injury, that follows last weeks vote by clubs to increase substitutions from three to five and also to increase the bench from seven to nine players.

The Premier League 2019/20 season will provisionally restart on Wednesday, June 17 and Sky, the UK`s leading football broadcaster, will make 25 games available `free to air` - including Everton vs Liverpool on the first full weekend back - for everyone in the UK to enjoy.

To celebrate the return of the Premier League, Sky Sports will also launch a host of innovative new features and updates to give fans an even more immersive experience and share the moments live with family and friends on virtual platforms.

Super 6: Bayern to sail past Gladbach? 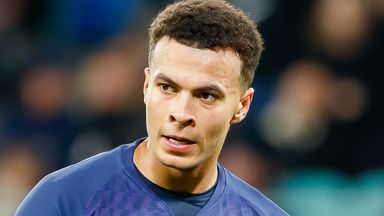 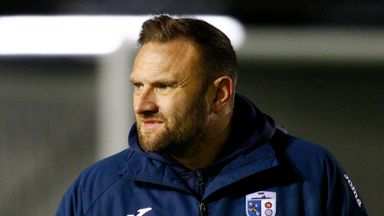 Barrow could go up in NL vote next week 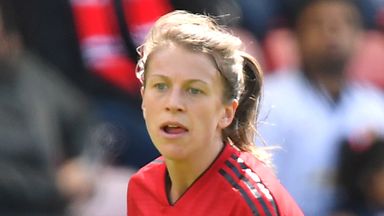 Richarlison wants to achieve with Ancelotti
Back to news list