The latest transfer news and gossip on the players linked with Manchester City - and those who could leave the club.

The latest players linked with a move to Manchester City...

Jadon Sancho - Sancho`s future at Borussia Dortmund remains uncertain after head coach Lucien Favre admitted the forward was among players that could leave this summer (Sky Sports, June 16); The Borussia Dortmund star is willing to make a return to Manchester City after Manchester United struggle to stump up his £115m transfer fee (The Sun, June 15)

Sergi Roberto - Pep Guardiola will seek out Barcelona defender Roberto to fill the right-back spot Joao Cancelo has failed to occupy since his summer move from Juventus (Mundo Deportivo, June 7)

Ismael Bennacer - Pep Guardiola has reportedly been in touch with Ismael Bennacer to convince him to join Manchester City. Bennacer has a £45m release clause in his AC Milan deal (RMC Sport, June 4); Manchester United are prepared to rival City in pursuit of the AC Milan midfielder (La Source Parisienne, June 5)

Kalidou Koulibaly - Napoli will not let Koulibaly go cheaply as Manchester City, Manchester United and PSG have all been told they will have to pay £90m. (Daily Mail, June 16); City have launched a note of interest with the president of Napoli, Aurelio De Laurentiis - and the defender`s price could drop as low as £62m due to the coronavirus pandemic (The Transfer Window Podcast, May 31)

Lucas Hernandez - Bayern Munich are prepared to offer defender Hernandez to Manchester City as part of a deal to sign Leroy Sane (Manchester Evening News, May 30)

Other players recently linked with a move to the Etihad Stadium...

The latest on players linked with a Man City exit...

Leroy Sane - Bayern Munich have again risked the wrath of Manchester City by reigniting their public pursuit of Sane (The Sun, June 1); Bayern Munich`s pursuit has ramped up after head coach Hansi Flick held telephone conversations with the Man City winger (SportBild, April 29); Bayern Munich remain determined to sign Leroy Sane from Manchester City this summer despite the financial implications of the coronavirus pandemic (Sky in Germany, May 1).

Bayern Munich have made a £35m bid for Sane after agreeing terms on a five-year deal with the City winger (Daily Mirror, May 6); City have insisted they have yet to receive an offer for Sane from Bayern Munich and are prepared to allow the Germany international to enter the final year of his contract. (May 7, The Guardian); Sane has been told he must be prepared to take a huge pay-cut if he is to join Bayern Munich (Star, May 21).

Other players recently linked with a move away from City...

The midfielder is willing to sign a short-term deal to complete the season with Manchester City. (Daily Mirror, May 16)

Angelino - The 23-year-old Spanish utility player is set to return to the Etihad after his loan at RB Leipzig, who are unable to secure a £25m permanent deal (Manchester Evening News, June 8)

Kevin De Bruyne - The Belgium international is reportedly ready to open contract talks with Manchester City (The Sun, May 29)

Gabriel Jesus - Manchester City are poised to hand the striker a new deal worth £120,000-per-week to block mounting interest from Juventus. (The Sun, May 16)

Raheem Sterling - The England international could miss out on a huge new deal at Manchester City due to coronavirus (Sunday Star, May 10) Klopp's plea to Liverpool fans: Stay home, we will feel you Premier League restart: Are you ready? 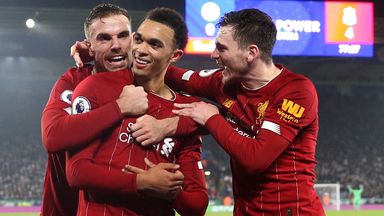 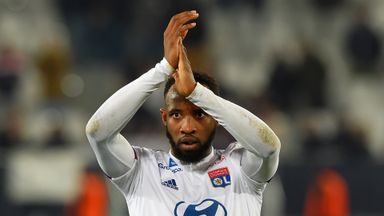