Was VAR to blame for Tottenham`s disallowed equaliser in their defeat at Sheffield United? And why was no free-kick awarded? Dermot Gallagher is here with the answers...

Dermot joined Rob Wotton on Sky Sports News for his latest review of the big decisions, with controversy reigning at Bramall Lane and The London Stadium in midweek.

Read on for Dermot`s verdict from the latest games...

INCIDENT: Harry Kane`s equaliser was ruled out after the VAR saw the ball touch the arm of Lucas Moura after the Spurs forward was bundled over during the build-up to Kane`s strike.

VERDICT: It`s just the unfortunate part of the new law. The referee and the VAR are blameless. The ball strikes Moura`s arm as he falls, quite inadvertently. The law is set up now that if it strikes the arm and leads directly to a goalscoring opportunity, which it does, the goal should be disallowed. It`s very interesting because Moura was actually fouled and Chris Kavanagh played advantage.

I think what got lost in the check, when it`s recommended that the goal is disallowed, is that the referee completely forgot about the advantage and could have given Tottenham a free-kick. I think that would have been the best decision. It would have softened the blow a little bit in that we would have still given them some advantage. But the law didn`t help the referee. I`m not sure that`s what it was set up for but that`s how it is.

It wasn`t Michael Oliver`s fault, it wasn`t Chris Kavanagh`s fault. There is no negotiation on the law. I just think it`s unfortunate on this occasion that Moura was fouled. Oliver can only recommend that the ball struck Moura`s arm and it`s not a goal - the referee makes every other decision on the park. The referee has to think, `Why did I stop play originally?`. It`s all a learning process but the key issue is that the goal had to be disallowed. However you cut it, it could not be a goal?

INCIDENT: City are denied a fifth goal in stoppage time as Phil Foden is adjudged to have handled the ball in the build-up to Riyad Mahrez`s goal.

VERDICT: It`s incredible we have two in the same evening. It definitely strikes his hand, and the referee can do nothing about it. Once the VAR has seen it, and says he recommends not to give the goal, that`s it. This is where we are now.

INCIDENT: With the score at 0-0, Tomas Soucek scrambles in a goal for West Ham, but with Michail Antonio in an offside position and just in front of Kepa Arrizabalaga in the Chelsea goal, VAR rules the goal out. But was Antonio in Kepa`s line of vision and interrupting with play?

VERDICT: It is correct, and it`s not because he can`t see, it`s because Antonio is in his line of vision. Without doubt, Kepa has him in his line of vision, you can see that quite clearly. Even if he tries to dive forward, he can`t, and therefore he has to be impacting on the goalkeeper and the goal is disallowed.

INCIDENT: Before Bruno Fernandes scores United`s second, Mason Greenwood keeps the ball on the pitch at the far side, but replays show the ball was clearly over the line for a throw. United make 10 passes in the build-up to the goal after Greenwood`s action.

VERDICT: I think the assistant is a bit unlucky. The body of Greenwood is in the way, and he just can`t see it. If it does go out, the VAR can`t go back and judge because there are 10 passes before they score. What I would say is that the assistant makes a brilliant decision in not flagging Luke Shaw, who looked offside and wasn`t.

Super 6: Three on the spin for Man Utd 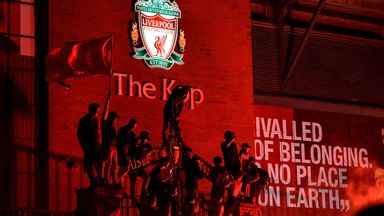 Aluko to address MPs on diversity in sport 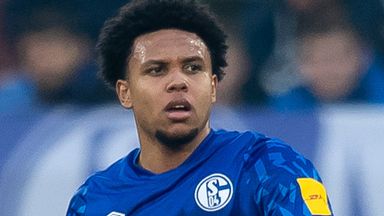 Aluko to address MPs on inclusion in sport 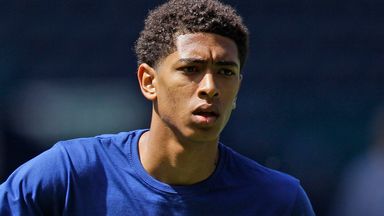